I started seeing an herbalist in the Old City a few weeks ago when I had the flu. I went back yesterday to get more of the flowers he gave me for sleep and he asked if there was anything else I needed. I told him yeah, I need something to make me less crazy. He gave me an essential oil to put on my pulse points for self-esteem. Ancient wisdom. I paid him 25 shekels.

I’ve started and stopped writing this letter over five times. In December, I wrote you an angry rant about hating the world. In January, I redrafted the letter into a grumble of sadness on being so far from home. In February, I wrote a page about cauliflower. I never posted any of it, I think because I didn’t see it as important. As if! 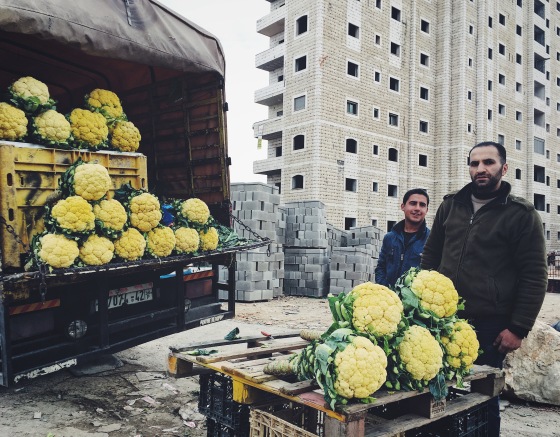 It’s the longest I’ve gone without writing, but taking a sec to reflect on the purpose of our letters was productive, I think. We’ve lived really far away from each other for ten years, and I don’t only mean distance. For me, this letter-writing thing started as a shot at giving you a glimpse of my unreasonable life, which often feels way distant from yours. Like, sending a recipe for mint chutney seemed to be a good way to show you what I was doing in India rather than explaining how I lived without a real plan. A Yemeni bread recipe was easier than writing about what I was learning in Jerusalem back in 2013, and my paleo-broccoli-jerky creations translated my Berkeley life better than I could have done with words.

But I’ve been doing something else in the letters. At some point I veered from sharing my experiences with you to belittling them. In September 2013, I wrote that I didn’t know why I chose to move to Jerusalem and that I didn’t think I’d ever figure it out. January 2014: “I don’t know anything… I have so many unknowns that I don’t even know what I don’t know.” May 2016 when I graduated from journalism school: “I still didn’t understand what it’s all for.” 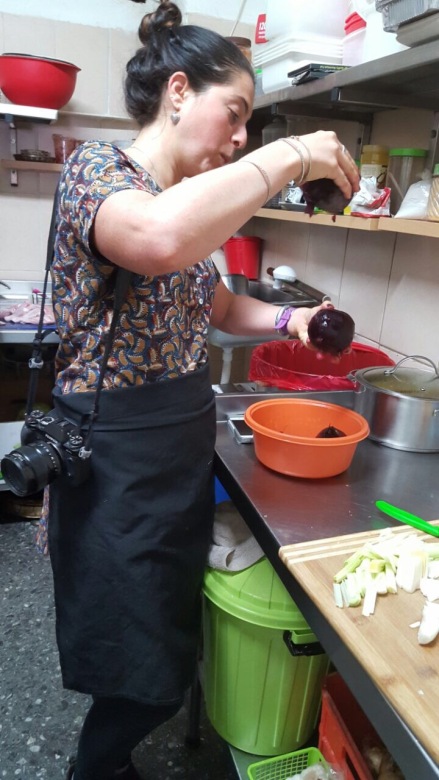 Looking back on our letters made me realize I’ve internalized my life as totally unreasonable. My self-deprecation in the letters is honest. I sometimes really do feel like my life is a total joke. At times my self-esteem is so low that I forget I’ve made all my “unreasonable” choices based on values that are one-hundred percent clear to me. That I calculated and deliberated on all my decisions in a serious way. I’ve always known exactly what I’m doing. I just have trouble owning it.

Enough. Next time I start whining about my life full of nothing, call me out on it.  Instead of using these letters to share my unreasonable life, I want to share the sensible parts with you. Like the time I made beet salad with Mulu, an Ethiopian woman in Jerusalem. And ate Shatta with Reem, a Gazan woman in Ramallah. And made psychedelic 3-color tahini all alone at home in the Old City, which by the way I’m totally in love with. Also I watched a goat slaughter again.  The recipes are below.

view from my rooftop 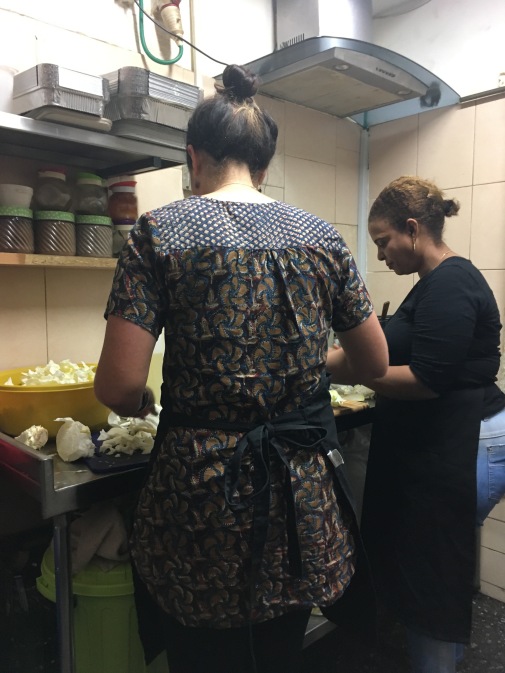 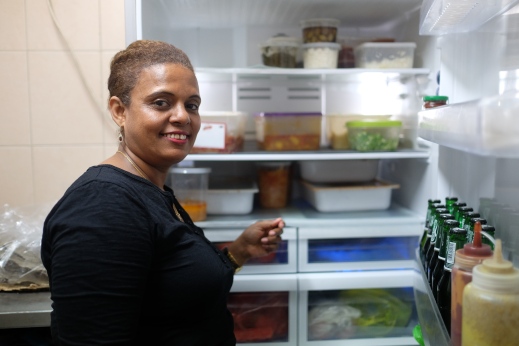 Processed with VSCO with f2 preset

Processed with VSCO with f2 preset

Put all ingredients in food processor and blend until salsa-like consistency. Put into glass jars and cover with a cloth. Allow to ferment for at least a week before sealing in an air-tight jar. Reem said she can’t get spicy enough pepper in the West Bank to real Gaza Shatta, which she misses so much that one time she went ot Jordan to meet a friend who brought Shatta from Gaza through Egypt.