After returning bloody, bruised, and blistered from our Yam L’Yam Shvis Shvil, Shaina and I were determined to cook a Shvis Shabbat feast (Shvis = Shavuot in Bubbe language). We wanted to remember Bubbe, but didn’t have the time or energy to make her blintzes – we could barely walk after 75 kilometers of climbing steep hills, walking through dry wadis and scurrying around (or into) boulders in just one and two half days! So, we opted for her sweet kugel instead.

Finding the right kind of noodles was the first challenge. FYI, there are no Manischewitz brand “wide egg noodles” here in Israel. The closest thing I could find was a slightly different, thicker type of egg noodle, which I think ended up making the kugel a bit denser than I would have liked. Long story short, this recipe is easy, but if you try making it healthy-“ish” it just doesn’t work (as we learned the hard way!). Bubbe didn’t skimp out on her use of “hoil” and eggs – neither should you if you attempt to make this one at home.

What am I going to do without you, my kambuchi kitchen goddess, next year? I’m already getting sad you are leaving in just 2 months. On the upside, I know great things are about to come your way! And with that, here’s to more Schuster-Shealy Israeli adventures both in and outside of the kitchen!

Preheat oven to 350 degrees Fahrenheit (180 degrees Celsius). Boil noodles until a little less than fully cooked (they shouldn’t be hard but not so soft they are falling apart); Drain. In a separate bowl mix together diced apples, raisins, sugar, lemon zest, and orange zest. Add noodles to this mixture. Then add lemon juice, orange juice, vanilla, and cinnamon. Stir in eggs.

Heat a tablespoon or two of oil (canola) in bottom of 13 x 9 x 2 glass baking dish for a few minutes until it starts to bubble/pop. Pour noodle mixture into prepared ban. Sprinkle with cinnamon and sugar. Cover with aluminum foil and bake for approximately 30 minutes. Let cool. Can be served at room temperature or re-heated in the microwave. 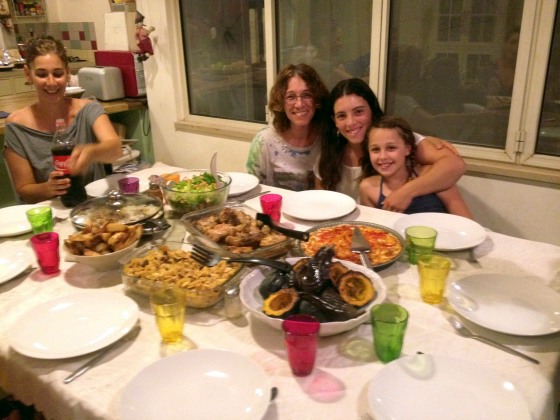 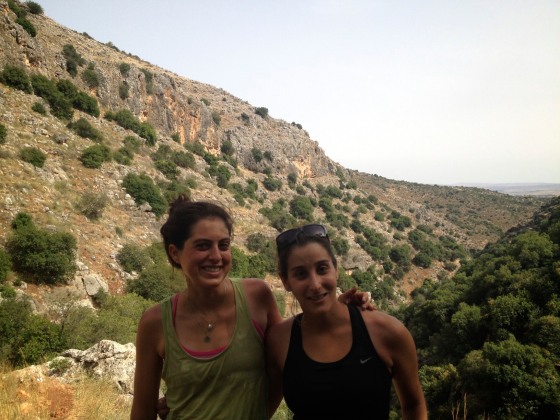